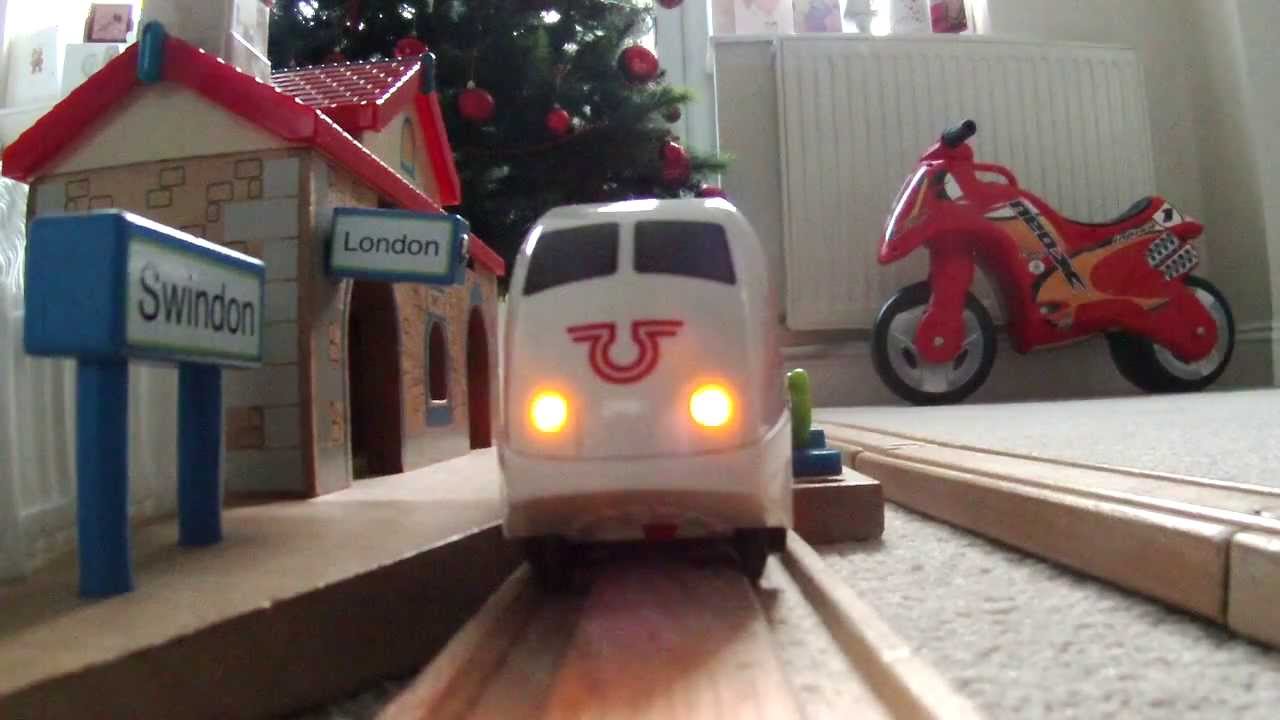 31-piece adventure train set includes 1-engine 1 coal, 1 automobile, 1 caboose, 1 push-button control, 18 pieces of train straight track, and 8 pieces of curved train track
A remote control locomotive (also called an RCL) is a railway vehicle that provides the motive power for a train. It differs from a conventional locomotive in that a remote control system has been installed in one or more locomotives within the train, which uses either a mechanical or radio transmitter and receiver system. The locomotive is operated by a person not physically located at the controls within the confines of the locomotive cab. They have been in use for many years in the railroad industry, including industrial applications such as bulk material load-out, manufacturing, process, and industrial switching. The systems are designed to be fail-safe so that if communication is lost the locomotive is brought to a stop automatically

There are a couple of things you might like to think about when searching for the perfect push-button control train for your child. There is such a large option available that it can be challenging to know what best matches your child’s needs and capability.

You should consider what toy train your child might currently have when choosing a new rc train set for them. Some products are compatible with other sets, so you might wish to pick from the same variety to build up a collection.

At ERC Toys UK, we have the best toy trains on sale so you do not have to spend excessive time looking for push-button control trains to your children due to the fact that allowing the work to look for different products and designs with the best quality for us.
you just need to pick the push-button control rails designs that match your child’s preferences.

Germany: a test train without any chauffeur onboard has been from another location controlled using equipment based upon 5g technology.
the test train ran for the first time on September 17 on a section of the 25-km Erzgebirgische Aussichtsbahn between Annaberg-Buchholz and Schwarzenberg in Sachsen. It included railcar ‘lucy’, fitted out by Thales as a rolling laboratory, and was operated using a 5g network offered by Vodafone, which offers a bandwidth of more than 500 megabit/sec.

The motorist was being in a neighboring building and managing the train from a motorist’s desk with the aid of two screens showing images transmitted from the train with a hold-up of less than 10 milliseconds.
Take control! This is the push-button control engine that will follow your every command on the brio train tracks. The distinct controller has easy to utilize reverse and stop functions in addition to two different forward speeds. Press the buttons for light and sound effects.